Manchester United have until April 2 to pick through the debris of another early Champions League exit; and, to begin with, their players and staff will do so separately. The squad have been granted time off before the international break starts officially on Monday and some are heading to Dubai, football’s retreat of choice in the Middle East.

Interim manager Ralf Rangnick is not expected at Carrington either as United have a free weekend coming up because their scheduled opponents, Liverpool, will be playing in the FA Cup quarter-finals instead.

It means 17 full days will pass between their last-16 elimination from the Champions League by Atletico Madrid and their next match, Leicester City’s Premier League visit to Old Trafford — plenty of time to ruminate over the direction of the club.

As others rest, this next fortnight is a period that football director John Murtough must use prudently in selecting Rangnick’s successor.

The task facing United’s next permanent manager, already writ large during Rangnick’s three and a half months in charge, was set out in six-foot-high neon letters during Atletico’s streetwise suffocation of their European hopes on Tuesday night.

The issues within a squad that is supposed to be challenging for titles are widespread and deep-running. The appointment of Ole Gunnar Solskjaer’s permanent successor will require a manager of experience and personality.

When Liverpool were searching for someone to galvanise the club after sacking Brendan Rodgers in autumn 2015 they turned to Jurgen Klopp, who had won two Bundesliga titles and reached a Champions League final over the previous five seasons. 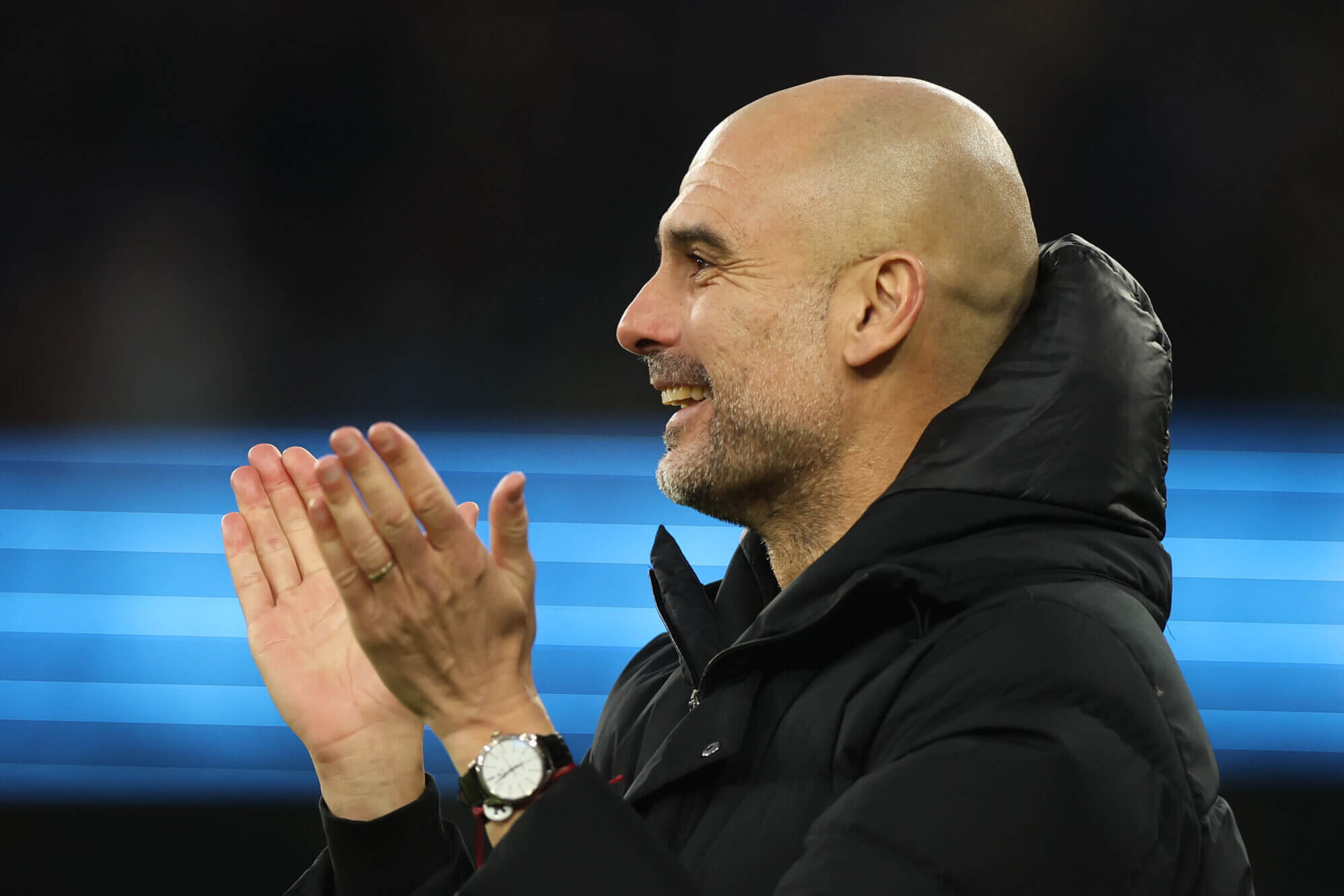 United’s pursuit has so far centred on two candidates yet to categorically claim such elite status.

Mauricio Pochettino will secure his first domestic or European title in 13 years as a manager whenever Paris Saint-Germain, 15 points clear with 10 games to go, are confirmed as this season’s Ligue 1 champions. He also got to the 2019 Champions League final with Tottenham.

Fellow candidate Erik ten Hag has won two Eredivisie titles since being appointed at Ajax midway through 2017-18 and is on course for another this season. He almost led them to the 2019 Champions League final too, suffering a stunning late defeat to Pochettino’s Spurs in the semis.

In both cases, it’s success not quite in the same bracket as Klopp’s Borussia Dortmund toppling the financial might of Bayern Munich.

Pochettino and Ten Hag are two very good coaches but as far as auditions for the Old Trafford job go, their clubs’ exits in this round of the Champions League has undermined them — United already have a man in place in Rangnick who can oversee an unfortunate departure at the competition’s last-16 phase.

United sources stress the search is not confined to Pochettino and Ten Hag but there is so far scant evidence from elsewhere of the net being cast wider.

Rangnick was a straightforward appointment in December, due to being in Murtough’s network of contacts. For a permanent choice, every effort needs to be made to explore all options.

Liverpool and City have surged away from United in recent years by hiring coaches who were at the peak of their powers. United need a person of similar substance to shoulder huge pressure and responsibility.

Thomas Tuchel is a Champions League winner, yet still set on an upward trajectory. He has handled big egos and difficult circumstances. And it is true United are monitoring Chelsea’s situation. Although possibly complex, it would make sense for executives to go a step further and investigate whether he can be extracted from his role at Stamford Bridge.

Tuchel has given indications he will stay on under a new owner but there is no guarantee the picture at Chelsea settles down, and some sources believe he would be open to hearing United’s pitch. 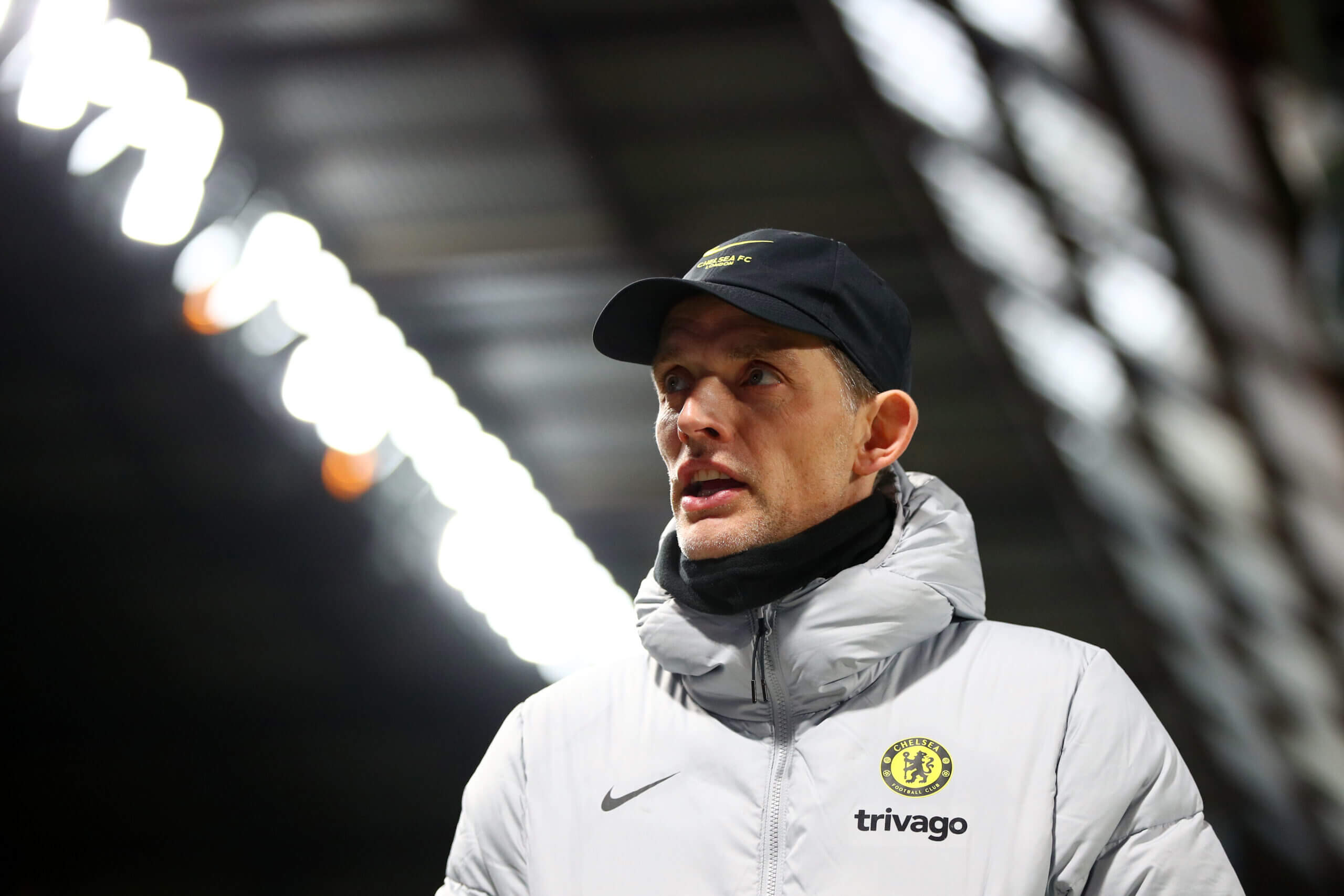 Such a coup requires United to act with the scale of ambition heralded in those financial calls to investors. Sources familiar with the workings at the club say the atmosphere can be “too cosy” around a necessary sporting edge.

Perhaps Pochettino or Ten Hag can rise to the challenge of Old Trafford — but United, led by new chief executive Richard Arnold and guided by Murtough, must use this time to become convinced of their selection. Analyse their credentials, carry out forensic background checks, make probing inquiries.

United have a unique chance to search for a new manager without upsetting the incumbent.

Can Luis Enrique be persuaded to leave the Spain job in a World Cup year? Does Didier Deschamps feel ready for a fresh perspective after almost a decade in charge of world champions France? Big questions, but this is a big moment.

Time is not elastic, of course. Recruitment requires clarity on a new manager. Discussions with potential transfer signings, which are happening, cannot progress while there is uncertainty over the identity of the man in the dugout.

United finished their latest Champions League campaign on Tuesday night with a team consisting of a 72-year-old strike duo in Cristiano Ronaldo and Edinson Cavani, supplemented by a 33-year-old attacking midfielder, Juan Mata, who was making only his fifth first-team appearance of the season and hasn’t kicked a ball in the Premier League for 10 months.

That line-up had never featured before for United.

Expecting impromptu creative fusion against a team as well-drilled as Atletico was wishful thinking. 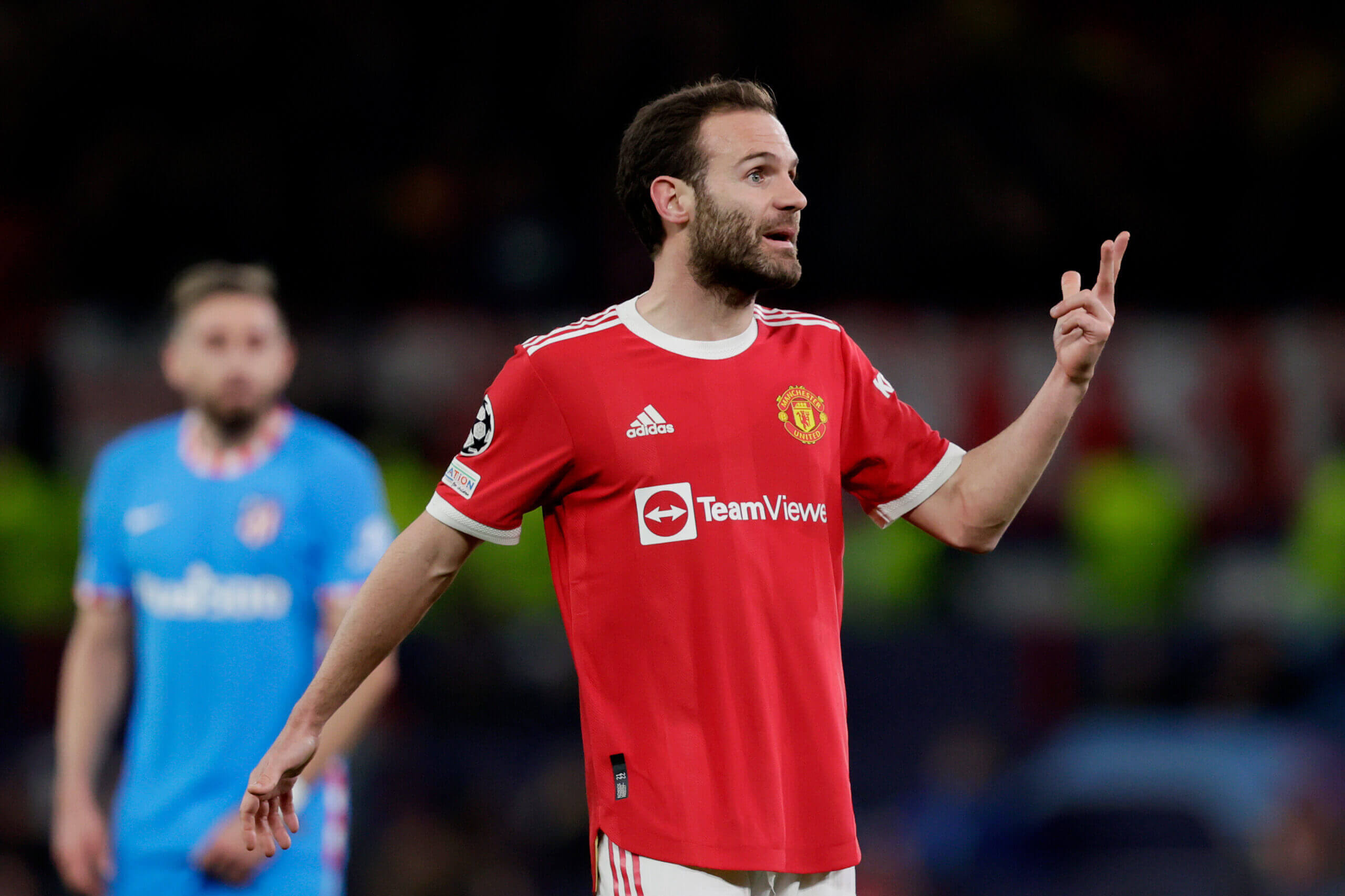 Three of the XI that finished against Atletico, including Paul Pogba, are on contracts that expire in the summer. Jesse Lingard, who was on the bench, is in the same position. A revamp is inevitable.

It remains to be seen how much money co-chairman Joel Glazer sanctions for spending. Internally, the financial effects of the pandemic remain a topic of conversation.

Last summer’s overall bill stretched to more than £150 million but the payments for Jadon Sancho and Raphael Varane are spread over several years and Ronaldo was a surprise signing that was approved partly due to his anticipated commercial impact.

Midfield is a priority position for United and Ryan Gravenberch, who performed well for Ten Hag’s Ajax in their Champions League last-16 defeat to Benfica, is one potential signing they have scouted. 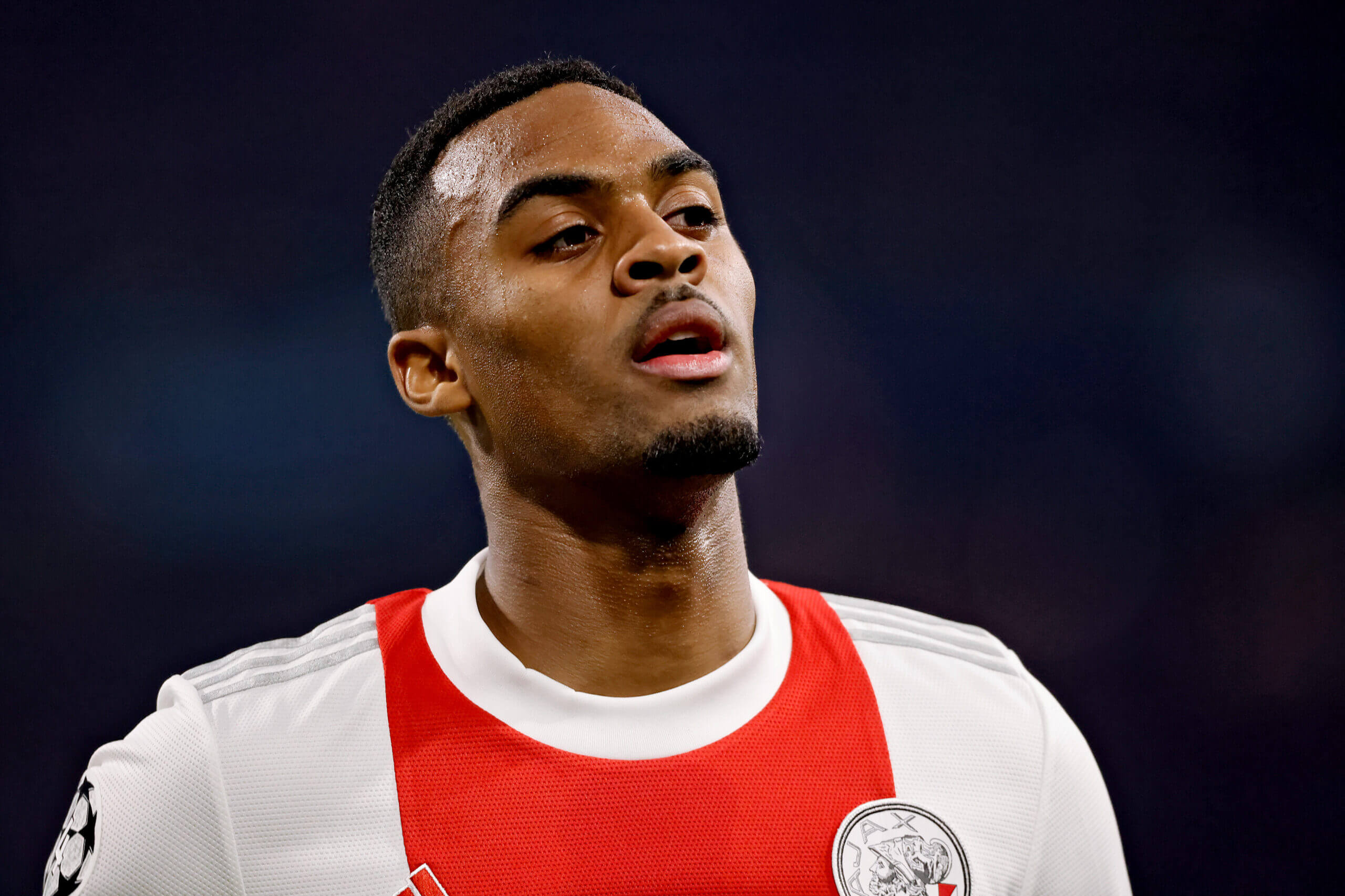 The 19-year-old Dutchman, already into double figures for senior caps, is predicted to move on in this coming window but is believed to favour a move to serial German champions Bayern, where his agent Mino Raiola has strong connections.

United’s European status for next season is a complicating factor to negotiations but a lack of Champions League football if they fail to finish in the top four is not thought to be a dealbreaker for certain targets.

Many have 25 per cent reductions in their contracts, although individuals can negotiate lower rates. Pogba, whose then-world record move from Juventus for £89 million in the summer of 2016 was facilitated by Raiola, is thought to be one of the United players whose salary stays the same. Though it’s a moot point for the Frenchman, given his contract is up in June, so he may not be around next season.

At this stage, Champions League qualification looks remote, with fourth-placed Arsenal ahead of United in the table and having games in hand. The fixture between the clubs at the Emirates on Saturday, April 23 appears pivotal.

United have nine league matches left and Rangnick said: “The situation is pretty clear, we have to win most of those nine games. We have to win at Arsenal. For sure, the next three games at home to Leicester, away to Everton and home to Norwich, we have to get nine points.”

That would represent a significant uptick in form — United have not won three games in a row yet this season.

Under Rangnick, they have won nine of 20 games in all competitions. Solskjaer had won seven of 17 when he was sacked.

Where United finish in the Premier League will ultimately govern how the decision to appoint Rangnick — and his coaches Chris Armas and Ewan Sharp — is regarded.